He Leadeth Me by Father Walter Ciszek, SJ

Walter Ciszek was a Jesuit novice in New York. After completing his studies in Rome, he was ordained and assigned to serve in Poland. In 1939, as Germany and the Soviet Union invaded Poland, Father Ciszek snuck into the Soviet Union even though Catholic priests were forbidden. He secretly said mass and performed the sacraments until he was arrested as a spy by Soviet secret police. Though innocent, he was imprisoned, drugged, and tortured by the KGB for a year of torture before he signed a confession. Then he was tortured for four more years before being sent to hard labor in the Gulag, where he remained fifteen more years before Americans negotiated his release in 1963.

The mental and physical torture Father Ciszek endured severely and mercilessly tested his faith, but the mercy and love of God overcame the malice and evil of his captors. In “He Leadeth Me,” Father Ciszek’s account of faith and total reliance on God is profound and inspiring. He is candid about his experiences and his faith journey through them. Though his story is radically different from my life, it provides practical and timeless lessons in faith that apply to my daily struggles to grow closer to God and be a better disciple. 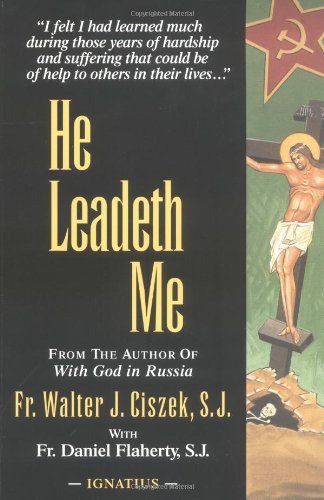