Anything authored by C.S. Lewis – perhaps most famous for his Chronicles of Narnia – is a treat to read because of his elite ability to communicate through writing.  Mere Christianity shares compelling arguments that support the Christian worldview adorned with the literary excellence of one of the masters of modern English.  You will find yourself repeatedly saying, “Yes, it’s true!”  And it has impacted the hearts and minds of many of the priests who have cared for us at OLPH! 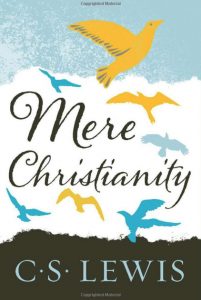